I want to try putting comics on my blog so of course I need a comic builder.

I was inspired… first by Julia Evans’ Wizard Zines then by Michael Lynch’s thoughtful blog posts about starting his own startup company.

I did a bit of research and found a bunch of existing comic builders out there… but the project sounds fun so I think I’ll give it a go.

I need my comic builder to help me tell stories… so we’re talking about a tool that lets me string together 1-3 images overlaid with text — speech bubbles and labels (for setting context).

I’d like bloggers (like me!) to be able to use it to spice up their blogs so I need to make it really easy to get the comics onto the blog once they’re created.

Here are my initial sketches. 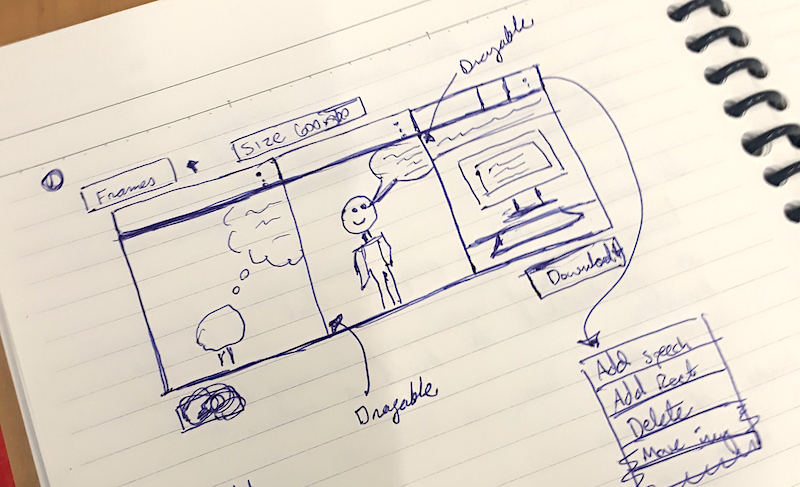 Sketches are really useful. They help me begin to see the scope of the project and think about what would be involved in making this thing real… but they don’t really sell the idea. For that I need to build out a mockup. 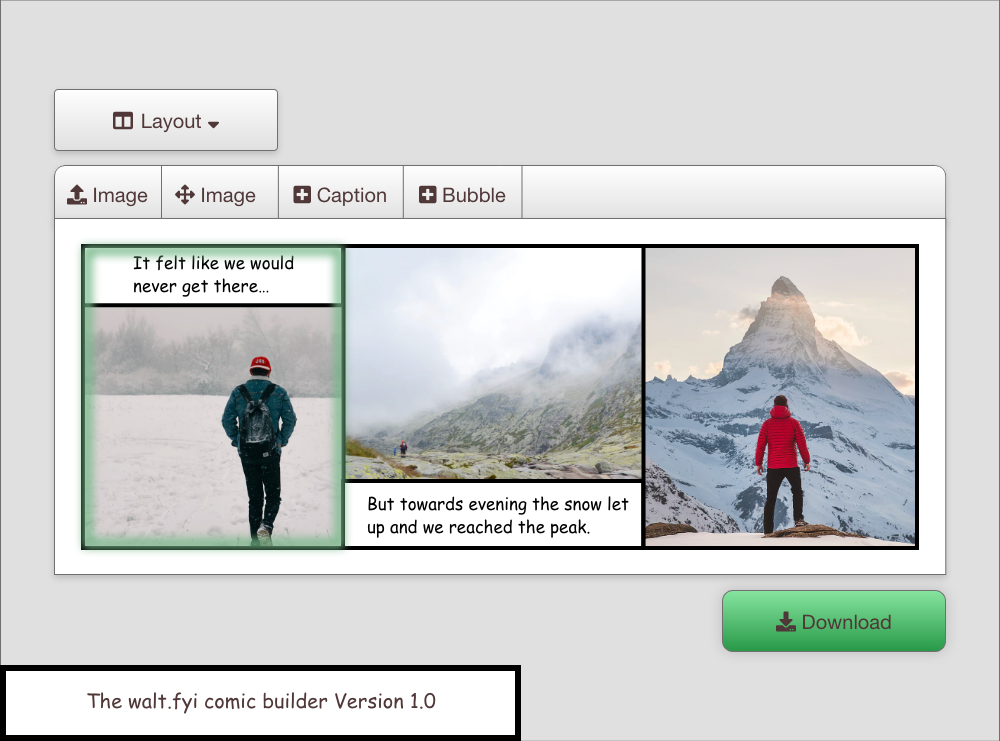 It’s quite bare bones, but I think that is the right place to start.

I threw in the bubble feature as an extra but I honestly think I’ll probably leave that out of the first version.

What’s Next? Link to heading

We’ve gone from a rough idea for something I’d like to use to a buildable design.

The way I see it there are 3 paths I could go down.

I think I have to sleep on this decision. I’ll let you know what I decide to do in my next post.